Zimmerman Pine Moth | How to Protect your Pine Trees

Zimmerman Pine Moth | How to Protect your Pine Trees

Although the Zimmerman Pine Moth isn’t known to cause as much damage as the Mountain Pine Beetle or Emerald Ash Borer, it does have the potential to kill off or injure your pine trees.  If you have a Zimmerman Pine Moth problem the best solution is to have your tree sprayed by a professional. 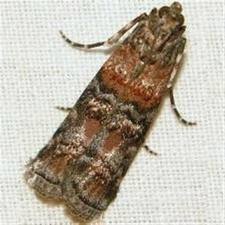 The symptoms of a Zimmerman Pine Moth infestation are:

For early detection you should be able to see golf ball sized resin masses that are white or grey.

Pine trees are most vulnerable under certain conditions.

The Zimmerman Pine Moth (ZPM) is known for attacking pine trees that are located on The Front Range with Austrian Pines being the most abused. ZPM can kill your tree, but more often than not it will only wound them. This wounding is more than a permanent scar because ZPM usually infects the tops of trees, killing the leader and making the tree lose structure.

ZPM was found in the U.S. in 1879.  Since that point we have seen it in 23 states but largely in the northern part of the country.

Like other aggressive insects the ZPM prefers to attack weakened or stressed trees.  The best way to prevent insect infestation is by taking care of your trees before anything happens; but once the moth has infested your tree the only tree saving option is to have your tree sprayed.

The times to spray for ZPM control are during the months of August and September.

Larvae of the Zimmerman Pine Moth damage trees by tunneling under the bark creating large wounds.  The damage to the tree is usually around the branch crotches.

Zimmerman pine moth females will lay eggs near the wounds or pitch mass borers that were previously made.  In roughly a week the eggs will hatch and the larvae will feed for a brief time before they get ready for winter.

About the Author: David Merriman

I have been in the arboriculture field since the age of 10 starting in my father’s tree company. Previously to running my own business I was a landscape manager at Brightview (Valley Crest) Throughout my career I've been tasked with fighting dutch elm, mountain pine and IPS beetle and now, emerald ash borer. I am a tree enthusiast who is a board member of the non-profit, Colorado Tree Coalition and a consulting arborist with the American Society of Consulting Arborists. When not working I like to ATV and spend time with my family.

ArborScape is dedicated to providing a beautiful and sustainable landscape for our Denver and High Country clients. By promoting the art and science of horticulture and using the most environmentally friendly products and services available, we help conserve and sustain your neighborhood.

ArborScape stands behind all of its work. If your tree service does not meet your expectations call us immediately and the original estimator will solve it.

ArborScape is a family business owned by David Merriman. David started learning the arborist trade at the age of 10, working alongside his father in and around Greeley, Colo. He has studied horticulture at the University of Wyoming, Tarrant County Junior College, and Front Range Community College. Based in Denver, CO, ArborScape was founded in 1996 and has grown from a one truck operation.In 2013, we completed 7,979 tree care and landscape projects.