Coming up in in late winter/early spring, many of our Castle Rock clients schedule dormant oil treatment on their aspen or pine trees.

Given these are two key species in our area, dormant oil treatments are key in preventing needle scale on pine trees and oystershell scale on aspens. 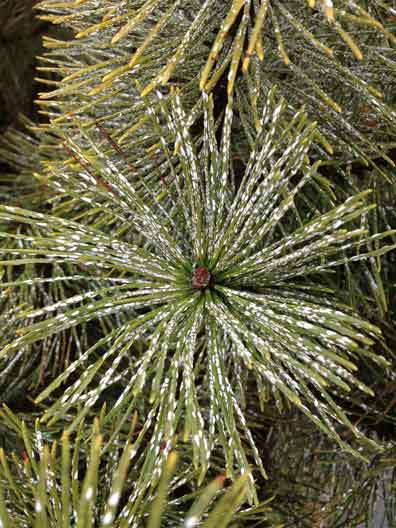 This scale is more easily controlled in early spring than any other time of the year.
Typically a dormant oil treatment is done in mild, late winter weather (40 to 60 degrees), because discoloration and staining can occur on nearby trees when temperatures are higher.

“Pine needle scale is an elongate, white insect that attaches itself to the needles of several pines, notably mugo,” according to CSU.

Premature or abnormally large needle drop on your pines, especially mugo pines, may indicate its presence. 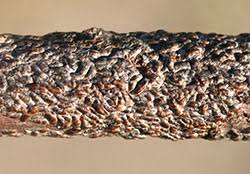 Our staff sees this most commonly on aspens, but have also observed the telltale oystershell pattern on stems and branches of ash trees.  Oystershell scale is regarded as a tree killer, due to the aspens’ susceptibility to disease once the scale has sapped the tree’s vigor.

More common to our clients along the elm lined streets in Denver, elm scale will leave a sticky honeydew which drips down from the elm onto you and your neighbors’ parked cars and decks.

About the Author: ArborScape Staff

Tree care updates and news items as well as best practices for canopy management to keep your trees and lawn sustainably growing. These posts represent a synthesis of our best practices and knowledge from serving thousands of customers.

ArborScape is dedicated to providing a beautiful and sustainable landscape for our Denver and High Country clients. By promoting the art and science of horticulture and using the most environmentally friendly products and services available, we help conserve and sustain your neighborhood.

ArborScape stands behind all of its work. If your tree service does not meet your expectations call us immediately and the original estimator will solve it.

ArborScape is a family business owned by David Merriman. David started learning the arborist trade at the age of 10, working alongside his father in and around Greeley, Colo. He has studied horticulture at the University of Wyoming, Tarrant County Junior College, and Front Range Community College. Based in Denver, CO, ArborScape was founded in 1996 and has grown from a one truck operation.In 2013, we completed 7,979 tree care and landscape projects.